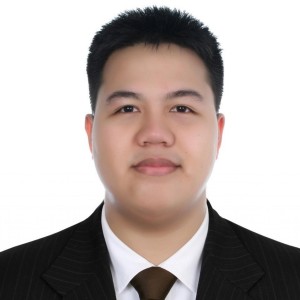 A wrap of a 4-days overstretching activities

The training proper started with a typical way “introduce-yourself” of getting to know each participant. The Engr. Domingo laid out the course outline and reminded the participants of the goals and objectives of the bootcamp, how it works and where it is heading. He started by discussing the 7 OSI (Open System Interconnection) Layers and its Concepts, Networking Models, Devices and Components, Ethernet Switching, IPv4 Addressing, Subnetting and VLSM (Variable Length Subnet Making).

Day 2 focuses on the thorough discussion on router and routing protocols, actual implementation of the actual configuration of routers and switches. The session started with the basic configuration of the router. Then, static routing was differentiated with Dynamic Routing, discussed how static routing works and its components, followed by the different kinds of dynamic routing, namely RIP (Routing Information Protocol), EIGRP (Enhanced Interior Gateway Routing Protocol) and OSPF (Open Shortest Path First). Everyone got the chance to do the configurations hands-on. The participants were able to confirm the configuration and do the work-around during troubleshooting.

In the last session, Access Control List (ACL) was tackled, its application and how it can help protect your network. Similarly, Network Address Translation (NAT) as the key to conserve the IPv4 address, by translating non-routable, private, internal address into routable, public addresses was also tackled. Its concept is used by corporate routers to connect to the internet.

Eagerness excites the participants when IPv6 was introduced; clearing the dysfunctional belief that IPv6 subnetting was more difficult than IPv4. Subnetting is what allows you to take one larger network and break it into a bunch of smaller networks. Engr. Domingo proved that IPv6 subnetting was as easy as counting one two three. The team was introduced with IPv6 overviews, its features, addressing modes and structure. Everyone was relieved from their doubts and misconceptions about IPv6. It will be the IP addressing scheme of the future. Some industries have already embraced it. Having the full knowledge about it will help you updated and in advance among your peers.

Congratulations to our seasoned Mentor, Engr. Randy O. Domingo for a successful and productive training. Thank you for sharing your valuable time, undeniable expertise and unwavering support to IECEP-UAE.

And for us, the aspiring Cisco Network Associates, may we all give our full efforts to pass the exam!

To God be all the Glory and Honor!